A native New Yorker who has built her career on serving New York City’s most vulnerable and underserved communities, Lesleigh “LIU” Irish-Underwood, brings executive-level experience and local-market insights to the MetroPlusHealth (MPH) team as its first Chief Brand & External Relations Officer.  LIU is responsible for the stewardship and execution of MetroPlusHealth’s brand strategy.

A catalyst for creativity and collaboration, Irish-Underwood was named one of the Network Journal’s 25 Most Influential Black Women in Business in 2018. Lesleigh is a visionary leader who galvanizes change—with a passion for inspiring people and transforming high-functioning teams. LIU is the former SVP, Chief Marketing Officer for United Way of New York City, and prior to her transition to the nonprofit sector was a 25-year veteran of the consumer publishing industry, where she held leadership roles at the Knopf Publishing Group of Random House, Pearson, and Kensington Publishing.

LIU is a member of Community Board 5 in Brooklyn and an alumna of the American Express Leadership Academy/Center for Creative Leadership and the UWW Advanced Leadership Program. A sought-after conference speaker, moderator and panelist, she generously shares her insight and expertise with a cross-sector of colleagues and business communities. Lesleigh-Irish Underwood earned her B.A. from Stonybrook University, and resides in Brooklyn, NY with her husband (another Stony Brook University Seawolf), their daughter and son. She joined the Foundation's Board of Directors in February 2022. 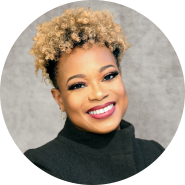