Monique is a seasoned cross-sector professional with over thirty years of experience in operations and budgeting across the government and corporate sectors. Monique's career started in the hospitality industry where she served as the Director of Style and led the launch of new W hotel sites in multiple state locations. Her management responsibilities included over 200 housekeeping and operations staff. After twenty years in the hospitality industry serving on new hotel launch teams and managing housekeeping and operations staff, Monique transitioned to the public sector bringing her management and financial skill set to the New York City Department of Education (DOE).
At the DOE, Monique served as the Executive Director of Operations for the Office of Student Enrollment Overseeing Human Resources, Budget, Procurement, and Contracts. In this role, she developed a culture of excellence and collegiality for 19 offices with over 250 employees and created efficiencies and strategies to maximize funding and human capital.
Monique is also deeply rooted in her community as an education advocate and volunteer. She is currently the Treasurer of her son’s Parent Teacher Association as well as for the 77th Precinct Community Council. Monique has also served as a mentor, working with women of color educational professionals across the United States to build on their personal and professional goals, and with Year Up, working with young people between the ages of 18 and 24 to support them in entering the workplace. For her community efforts, Monique has received numerous community awards, including a citation from the Brooklyn Borough President highlighting her dedication to improving the lives of children in District 17 in Brooklyn.
Monique has a Bachelor’s Degree in Hospitality Management from the New York City College of Technology, where she also trained in the culinary arts. She is a proud Brooklynite with strong Boricua roots and is currently a Crown Heights resident. In short, Monique knows how to get things done while working under pressure and having fun. 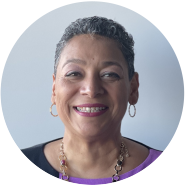