Noa held several positions in the Clinton Administration, first for First Lady Hillary Clinton and then at the United States Agency for International Development, targeting political development in post-conflict states. She has worked on two presidential campaigns and one prime ministerial campaign internationally. Noa is a term member at the Council on Foreign Relations. She received a BA with honors in International Studies from Vassar College. Noa joined the Foundation's Board of Directors in December 2016. 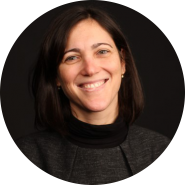