Tom Bettridge worked most of his career in economic development and finance. After a ten year career in international corporate and government banking at Chase Manhattan, Tom entered the nonprofit world. He served as Director of Economic and Employment Development at the East Harlem Community Corporation, then in a similar position at Bedford Stuyvesant Restoration Corporation. While at the Community Service Society, as part of a team of 4 professionals, he co-founded Cooperative Home Health Care, still one of the most successful directly worker-owned businesses in the US. He also established a $1M Revolving Loan Fund to finance low-income housing coops and micro-businesses. Subsequently, Tom established a new Division at the NYC Comptroller’s Office to undertake impact investing with NYC employee pension funds. Under his direction, hundreds of millions of dollars were invested in affordable housing in small businesses in NYC.

In 1994, Tom joined the Clinton Administration as the SBA regional director for NY, NJ, Puerto Rico and the USVI. He subsequently returned to the NYC Comptroller’s Office as Director of Risk Management for the employee pension funds until retiring. Tom has lived in Brooklyn with his family since 1977. He is a member of Plymouth Church where he has served on the Church Council and as Treasurer. He also served on the Board of the NY Congregational Nursing Home for more than a decade until its sale in 2021. Since retiring, Tom volunteers at the Brooklyn Public Library, the Prospect Park Alliance, and with Reading Partners. He is currently a leader of the Racial Justice Ministry at Plymouth and also represents Plymouth on the steering committee of the Brooklyn Justice Advocacy Coalition. A graduate of Harvard College, Tom did graduate studies at the NYU Center for Latin American Studies and also earned an MBA from NYIT. He joined the Foundation's Board of Directors in September 2021. 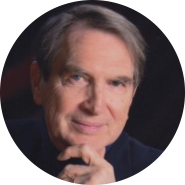