Principal and Co-founder of Totem (She/Her/Hers)

Vivian Liao Korich is principal and co-founder of Totem, a Brooklyn-based real estate development firm that specializes in community-driven projects and innovative design. Prior to founding the company, Vivian spent nearly a decade in the nonprofit and public sectors, both at the Downtown Brooklyn Partnership and the New York City Economic Development Corporation during the Bloomberg Administration.

She also worked several years at the global public relations firm, Edelman, and as a journalist at NY1 News, where she helped produce the top-rated political broadcast Inside City Hall. Vivian holds a B.A. from the University of Puget Sound and an M.F.A. in Creative Writing from the University of Colorado. She lives in Brooklyn with her husband and two daughters. She joined the Foundation's Board of Directors in April 2019. 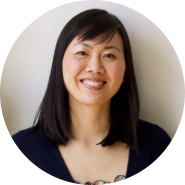