END_OF_DOCUMENT_TOKEN_TO_BE_REPLACED

How are you spending your summer vacation?

17-year-old Shaqur Williams is occupying his school break ushering in the premiere of a new play about police brutality, which will be performed July 25-30 at Park Slope's M.S. 51 campus and adjacent Washington Park. Shaqur received a Youth Voice Award to help fund the project, a grant recommended by our Brooklyn Youth Fellows through the Foundation's first-ever youth-led grantmaking initiative.

Together with local arts nonprofit Off the Page (Shaqur and Off the Page’s co-directors Jody Drezner Alperin and Vicky Finney Crouch are pictured above), Shaqur is helping to produce "All American Boys," adapted from the book of the same name, which addresses different points of view between a black teenager and a white teenager living in the same community and the way police officers approach them. The project brings black and white actors together to work on this production and to talk about the problem facing the black community and how to work together to address it. You can reserve your free tickets here. 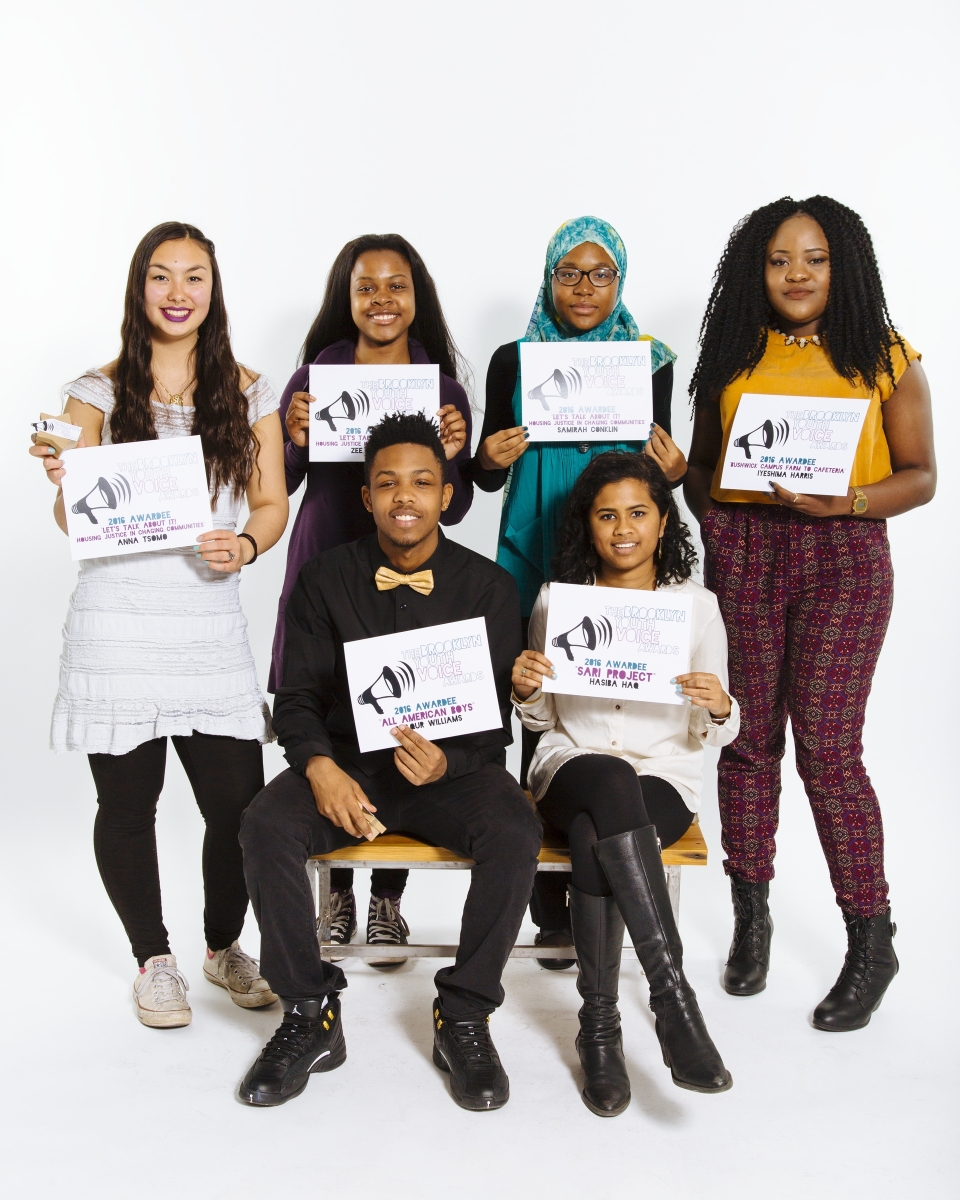 DNAinfo interviewed Shaqur and the play's writers, directors, and cast to get a behind-the-scenes view into how the production is sparking critical conversations on race, privilege, and policing:

Drezner Alperin [of Off the Page] wants the students to engage with each other on the difficult topic of racism, she said, but the group sets certain rules, like you can only speak your “truth” and not someone else’s.

After a conversation, she added, “You have to accept there might not be closure.”

Harry Seabrook, a senior at LaGuardia High School of Music & Art and Performing Arts, who plays Quinn, said talking about race — especially with kids from other races — was rare, but it has become increasingly normal among this group of budding actors.

On the first day, in particular, there was a “heavy racial discussion” where black students talked about their run-ins with police while he shared a story about a fairly innocuous time he was stopped over a MetroCard.

After sharing, he thought he made a gaffe what would divide the cast.

That, however, didn’t happen. Instead the conversations continued.

“I didn’t realize you could have these discussions [about racism],” Harry said. “It’s like people, who can see, trying to describe colors to people who are blind: White people just don’t see this stuff. They can’t.”

“I feel sort of like Quinn,” he said of his character. “If society wants to tell us that white people have all the power, still, in this country, like they say in Spider-Man, with great power comes great responsibility. We’re the ones who have power. We’ve got to change it too.”

Tahj Smith, who plays Rashad, recently graduated high school from NEST+M, a gifted and talented program on the Lower East Side, which had a lot of “different types of people,” he said, but they usually only mixed during artistic endeavors, like his comedy troupe or in plays.

“Anything that has to do with art was always diverse because art has no boundaries and art doesn’t discriminate,” said Smith, who signed onto the project after reading by the “powerful” book.

He especially liked how the directors told him they didn’t want this to be a play that would simply allow white people to say, “Oh, I saw a play about race,” but offered something deeper.

“It’s kind of refreshing to do political theater, especially with young people,” she added. “They don’t get to do this because I think people feel that it’s too hard and the subject matter is too difficult and they can’t handle it and we should protect children from the outside world.

“But we shouldn’t because they have this world,” she continued. “It’s their world.”

Read the full story at DNAinfo.com

Vice President of Communications and Strategy (She/Her/Hers)
“I didn’t realize you could have these discussions [about racism]. It’s like people, who can see, trying to describe colors to people who are blind: White people just don’t see this stuff. They can’t.”