END_OF_DOCUMENT_TOKEN_TO_BE_REPLACED

This week we are excited to make five grants totaling $75,000 through our Immigrant Rights Fund. Four are Sustained Response grants, which are aimed at long-term challenges as well as continued funding for advocacy and organizing, and one is an Immediate Response grant in the wake of the announcement that Nepalese immigrants will no longer receive protected status.

Around 9,000 Nepalese immigrants living in the U.S. will have one year to make arrangements to either stay in the U.S. or return to Nepal. Founded in 2005 by four immigrant women, Adhikaar is a community center that addresses issues in the community by responding to calls about unpaid wages and employment discrimination, doing research on the needs of Nepalese immigrants, and teaching Know Your Rights and English for Empowerment classes in addition to providing legal support.

Equality for Flatbush, Enlace, the Legal Aid Society, and the Council on American-Islamic Relations are each receiving Sustained Response grants. 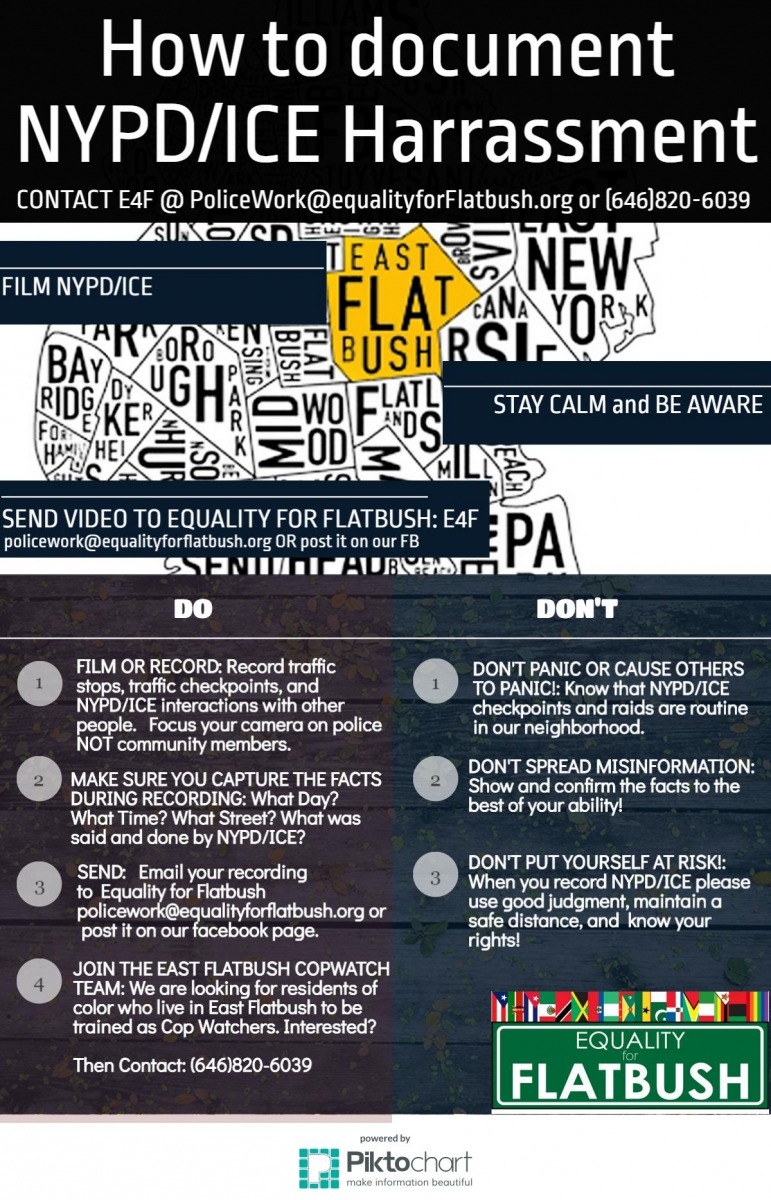 A $20,000 grant to the Legal Aid Society is intended to support immigrant clients within the Immigration Law Unit’s various projects including the New York Immigrant Family Unity Project, Immigration Representation Project, Immigrant Youth Project, and the affirmative benefits project. A New York institution for over 140 years, the Legal Aid Society has a long history of ensuring that New Yorkers have access to justice.

A $15,000 grant will go to the Council on American-Islamic Relations (CAIR-NY). This grant is intended to support advocacy work and immigration legal services. CAIR-NY has worked for more than two decades to provide services to Muslims in New York, and uses political and social activism to empower its communities. It has responded to anti-Muslim bullying and attacks, successfully fought to secure holidays for public school students, and worked with state and local officials to counter Islamophobia.

The Immigrant Rights Fund was created to provide both immediate and long-term support for organizations responding to mounting uncertainty and fear within Brooklyn’s immigrant communities. As troubling reports of xenophobic and racist attacks have continued to increase in scope and scale nationwide, and dangerous and exclusionary government policies continue to threaten the security of our nation’s immigrants, being able to support local resistance work has become all the more urgent.

Including these new grants, the Immigrant Rights Fund has now granted a total of $585,000 to nonprofits serving immigrants in Brooklyn.

Categories:
Immigrant Rights Fund
As troubling reports of xenophobic and racist attacks have continued to increase in scope and scale nationwide, and dangerous and exclusionary government policies continue to threaten the security of our nation’s immigrants, being able to support local resistance work has become all the more urgent.