END_OF_DOCUMENT_TOKEN_TO_BE_REPLACED

We are excited to announce a $100,000 commitment toward Census 2020 organizing in Brooklyn. With grants to the Center for Law and Social Justice at Medgar Evers College and the New York Immigration Coalition, we will help to ensure that the $600 billion in federal funding allocated through the Census count information is distributed fairly and accurately.

A $40,000 grant will go to the Center for Law and Social Justice to support NYC Black Leadership Action Coalition for Census 2020 (NYC BLAC) in strategy development and outreach planning to historically “hard to count” black communities and communities of African descent.

Another $40,000 will be awarded to the New York Immigration Coalition to support the New York Counts 2020 statewide coalition to ensure a high response rate in order to protect the interests of all New Yorkers.

We will distribute additional funds this year through a collaborative effort with other foundations supporting Census organizing across New York State. This will allow us to learn and lead on this issue for Brooklyn and as a result we hope to serve as a conduit of information to credible messengers within the community while acting as a trusted convener and partner.

Why is an accurate Census count so important?

A fair and accurate Census count is significant here in Brooklyn because more than 80% of Brooklyn’s population lives in areas identified as “hard to count.” Kings County has been one of the hardest to count counties not only in New York State, but nationwide.

The Census count, which has happened every 10 years since 1709, informs the basic understanding of our community as well as the allocation of federal grants to support schools and education programs, homeland security, highway planning and construction, Medicaid, public transit, low income housing, mental health services, natural disaster recovery, and much more. The Census also determines the number of representatives our state has in the House of Representatives along with the redistricting of state and federal election districts.

All in all, the Census is one of the most important activities our government undertakes, with long-lasting impacts on our communities.

The current political climate presents new challenges for the Census count, including the addition of a citizenship question for the first time since 1950. Other barriers to an accurate count include severe under-funding and lack of preparation at the Census Bureau, as well as issues around capturing survey responses online for the first time (and ensuring the cyber security of response data). 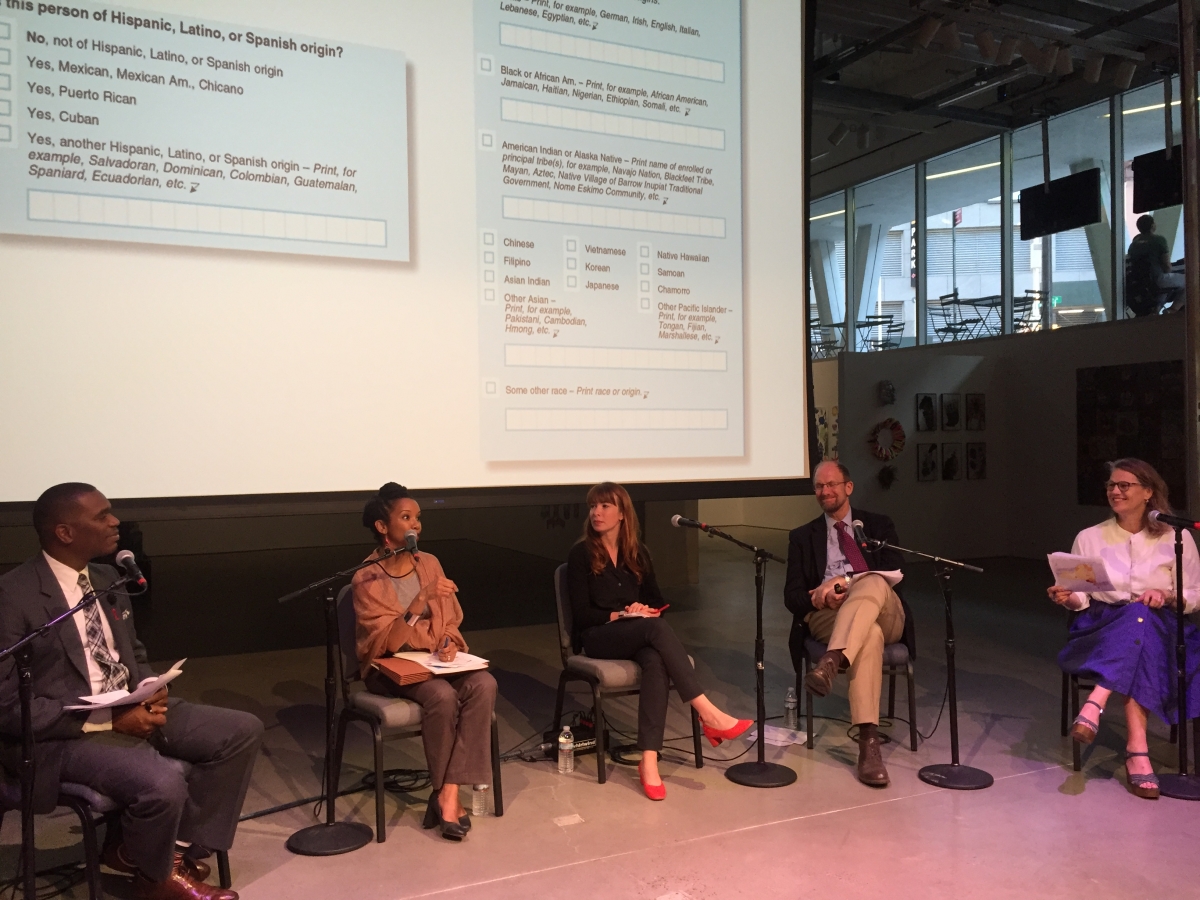 Last month, at a panel discussion moderated by our President and CEO Cecilia Clarke (pictured above), we heard from community leaders and local experts already involved in organizing for the Census. They shared their findings about the state of Census efforts in Brooklyn and their plans for the next two years. Lurie Favors, General Counsel at the Center for Law and Social Justice, and Betsy Plum, VP of Policy at the New York Immigration Coalition, illustrated the many ways that communities in Brooklyn are affected by the Census. Steven Romalewski, Director of CUNY Mapping Service, shared information from interactive maps of 2010 Census tracts, showing block-by-block the areas with the lowest response rates. Pastor Gil Monrose also joined the panel to represent the Office of the Brooklyn Borough President.

Lurie pointed out that Brooklyn has the 3rd largest global population of persons of African descent, behind the continent of Africa and the country of Brazil. In addition to immigrant populations who may not respond to the Census questionnaire out of fear, she says that due to a deep distrust of government, middle-class homeowners in Black communities tend to have some of the lowest response rates to the census. NYC BLAC is currently gathering leaders to strategize and organize around outreach in Black communities in Brooklyn and across New York City.

“There is a lot at stake with the 2020 Census and time is of the essence,” said Lurie. “It is imperative that community-based organizations, houses of worship, civic groups, advocates, and concerned individuals get involved to mobilize for a full count of all New Yorkers, now. NYC BLAC for Census 2020 has been working to diligently increase the complete count rate for Census 2020 in New York communities of African descent and we are excited to partner with Brooklyn Community Foundation to make this goal a reality."

Statewide, the New York Immigration Coalition is gathering a broad-based coalition of racial, ethnic, immigrant, religious, health, education, labor, housing, social services, and business groups to coordinate a unified “get out the count” campaign while also advocating against changes to the Census that could likely suppress survey responses, like the Citizenship question. Among a host of tactics, New York Counts 2020 plans to launch a door-to-door outreach effort led by trusted community members to assist residents with filling out the Census.

"Without the early engagement of funders like Brooklyn Community Foundation, community-based organizations would not be ready to do the grassroots organizing needed to ensure that New York has a fair and accurate count, and the opportunity to leverage Census 2020 to increase resources and build political power for marginalized communities—both in Brooklyn and across the entire state," said Steve Choi, Executive Director of The New York Immigration Coalition.

Despite the challenges ahead, we look forward to ensuring that Brooklyn is no longer hard to count in 2020.

Vice President of Communications and Strategy (She/Her/Hers)
A fair and accurate Census count is significant here in Brooklyn because more than 80% of Brooklyn’s population lives in areas identified as “hard to count.” Kings County has been one of the hardest to count counties not only in New York State, but nationwide.