END_OF_DOCUMENT_TOKEN_TO_BE_REPLACED

The Joseph E. Mohbat Prize for Writing, which is supported through the Joseph E. Mohbat Fund at Brooklyn Community Foundation, recognizes a Brooklyn public high school senior who has demonstrated a gift of self-expression through writing. The goal of the prize is to provide opportunities for motivated young writers that “lack financial resources to express themselves through their writing and be recognized for it.”
Each spring, a distinguished selection committee judges submissions and awards the Mohbat Prize along with a $1,500 scholarship and a writing internship through Baruch College. This year, applicants were asked to discuss two powerful movements -- #NeverAgain and #MeToo -- and explain what one or both mean to them. (Learn more about the application process here)
The 2018 winner of the Joseph E. Mohbat Prize is Wirdah Kahn a senior at Benjamin Banneker Academy for Community Development in Clinton Hill. Born in Brooklyn to Pakistani parents, Wirdah has always been interested in writing due to her love for reading. She was inspired by this year’s topic and said that “...when I got to writing about the #MeToo hashtag, I realized I had a lot to say.” In the fall Wirdah will attend Brooklyn College where she plans to major in Biology. 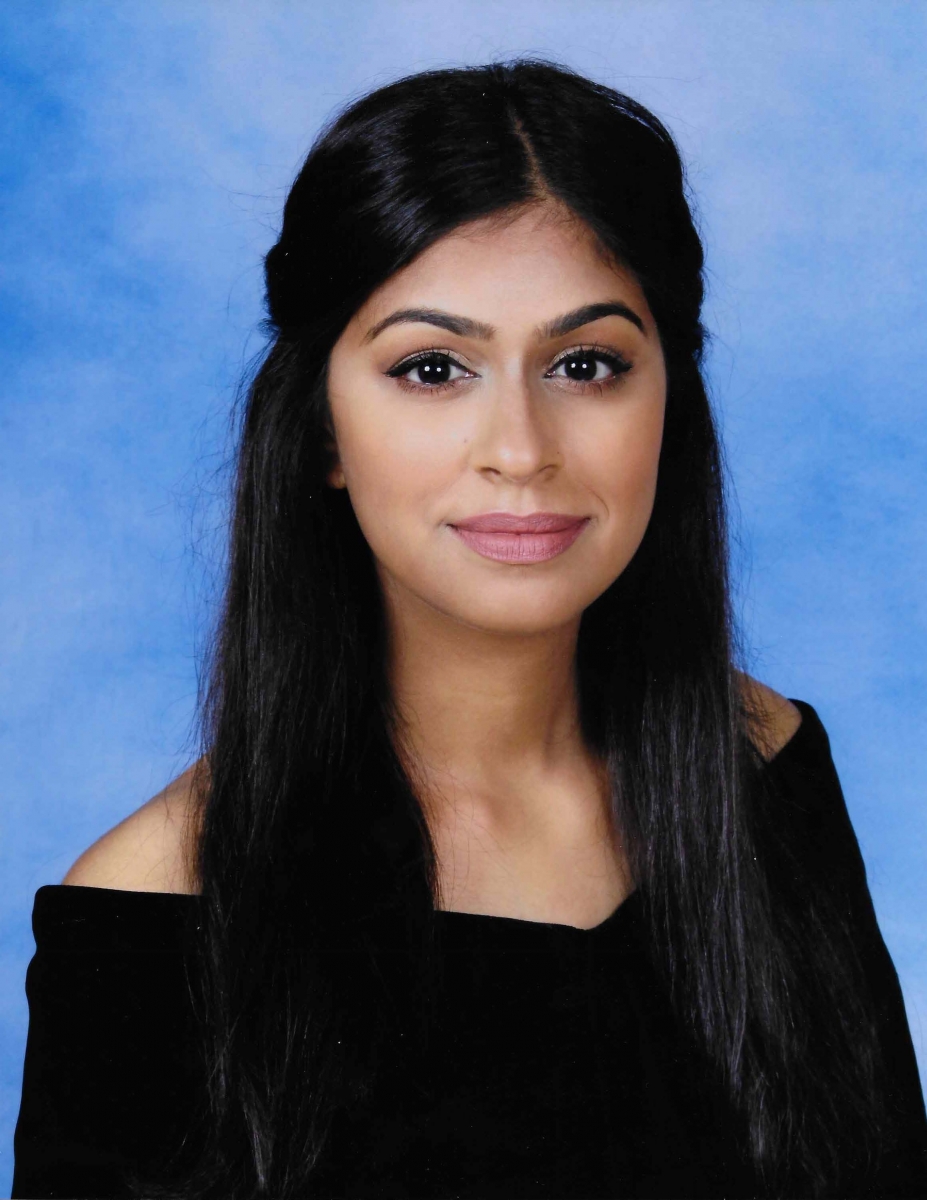 Also hailing from Brooklyn is Zaria Harrell, this year’s Mohbat Prize runner up. She'll be attending Kean University in New Jersey majoring in psychology. Zaria applied for the prize because she felt very strongly about this year’s topics and says, “It made me happy that someone wanted to hear our experience with these movements." This summer Zaria will be interning for Assemblymember Diana C. Richardson.

Below you can read Wirdah’s winning essay.

Can you hear that?

She’s fairly loud – you can probably hear her all the way across the ocean. I realize that your ears have probably become accustomed to the silence of a million women not saying a word; hearing one speak must really have capsized you. Don’t write her off – she has something important to say (and she won’t ever be silent again).

There is power in a man’s presence, arrogance in his state of mind and a sort of entitlement he carries with him wherever he goes. He’ll see my sister outside a train station, and think, “I want to grab her.” And he’ll do it, even if she doesn’t want it, because he is a man and she is a woman and therefore, he can do what he wants to her. He’s thinking about only one thing in thatmoment, on repeat like a broken record: I want that. But she’s thinking a million things at once, her thoughts a raging storm so loud, there’s thunder in her fists and raindrops in her eyes. He grabs her waist to restrain her, but she won’t have it, twisting out his grasp and sprinting downthe sidewalk to get away. He doesn’t attempt to follow, but she doesn’t stop running until shegets home. And when she get’s home, I’m already in bed, but I scramble out when I hear herstart to cry. She tells me (through sobs) her experience, and I listen with heat simmering in my chest, and restlessness building in my legs. When my mom hears what happens, she doesn’t pass a comforting hand over my sister’s shoulder or hold her close; she says, with a mix of anger andfear you’ll only hear in a mother’s voice, “I’ve told you not to walk home the back way at night.”But me and my sister both know that if you want to avoid the men who gather on 19th street and leer at you as you walk by, you have to walk the back way. Instead of wallowing, my sister takes to the internet, posting about her experience, warning the other girls in our neighborhood.

Can you hear that? My sister just said, “Me too.”

When I walk to work, I must take the long way around the back, because the last two times (or was it the last twenty times?) I walked the short way, past the men who congregate on 19th street, I heard one call obscene things my way, a sound so rancid and foul that I could hear it through my headphones. This man is entitled to the way my head turns toward his voice, but not to the way my teeth clench in anger at his cat calls. When he notices my glare, he taps his friends arm and they laugh, like those hyenas in the Lion King who no one liked but everyone feared. And when I finally get to work, I have to listen to countless men come by, telling me, “Smile baby girl, why you look so sad?” And instead of scowling like I want to, I have to laugh it off, shrug,and say, “Oh, I’m just tired.”

And then one day, a regular customer of ours, comes into the pharmacy, tells me he likes the way I look, and slides me an envelope. Inside, is a crisp 50-dollar bill. He tells me that I don’t have towork for my reward anymore – I can get it elsewhere.

I politely refuse his money, and his job offer, pass him his medication and send him on his way. When I tell my boss about the old man who just tried to get me on my back for money, he sighsand tells me that he’s done it to all the girls who stand at my counter. They can’t do anything, though, because he hasn’t technically done something illegal. I ask my coworker about him and she tells me that the old man is a creep; she has to dart to the basement before he can see herbecause she can’t stand to look him in the eye after what he’s asked her to do.

You see, even though she has done nothing wrong, and has been nothing but a good employee at our pharmacy, she is the one who must be embarrassed for what he’s doing, while he continues to ask women to get on their knees for him for a measly 50-dollar bill.

Can you hear that? No? I can’t say “Me too,” just yet. He has to do something illegal first.

I could tell you stories, so many stories about how we no longer attend the Pakistani Independence Day festival because the men there touch my mother too much, or how my uncle drove from Long Island to Brooklyn (leaving behind a wife and four kids) to come tell my sister,“I’ve seen the way you look at me, and I like it.” Or, I could tell you a story about the different ways men tell me to bend over on the sidewalk, so they can “f*** me the right way.” (Does that cat-call make you uncomfortable? It made me feel ten times worse). I could tell you about the times boys in my school grabbed my breast and then ran off or pushed me into a locker, so they could press up onto my back side. And I will. I’ll tell you all of these stories. I’ll tell everyone.I’ll shout it from the rooftops, sing it in the shower, yell into the infinite, black, void, “ME TOO,ME TOO, ME TOO!”

Did you hear that? Good. I won’t ever be silent again.

Categories:
Donor Advised Funds
“...when I got to writing about the #MeToo hashtag, I realized I had a lot to say.”