END_OF_DOCUMENT_TOKEN_TO_BE_REPLACED

As you may know by now, Giving Tuesday is the world’s single biggest day of giving -- a global movement that mobilizes individuals to invest in their communities by supporting the nonprofits they care about.

Taking place annually on the Tuesday after Thanksgiving, Giving Tuesday sparks change through collective action as donors and supporters expand and redefine what charitable giving looks like in the age of social media and crowdfunding.

To make the most of Giving Tuesday right here in our own backyard, the Foundation created #BrooklynGives on Giving Tuesday in 2016, becoming Brooklyn's first and only boroughwide 24-hour giving day campaign.

#BrooklynGives aims to give Brooklyn nonprofits an extra boost by providing them with an innovative and exciting way to both fundraise and build awareness for their work. This year, our goal is to raise more than $1 million for 100+ Brooklyn nonprofits on Tuesday, November 27th from 12:00am to 11:59pm.

#BrooklynGives’ website -- www.BrooklynGives.org -- is an easy to use platform for both nonprofits and donors.

For nonprofits, their presence on the site can help expand their reach to new audiences as they amp up their overall end-of-year fundraising activities.

In fact, data from 2017 show that one in four donations made on Giving Tuesday was a donor’s first-time gift to a nonprofit. These new donors are also likely to stick around: Compared to other events, past Giving Tuesday campaigns drew out new donors who were more likely to continue their engagement with nonprofits in the following year. 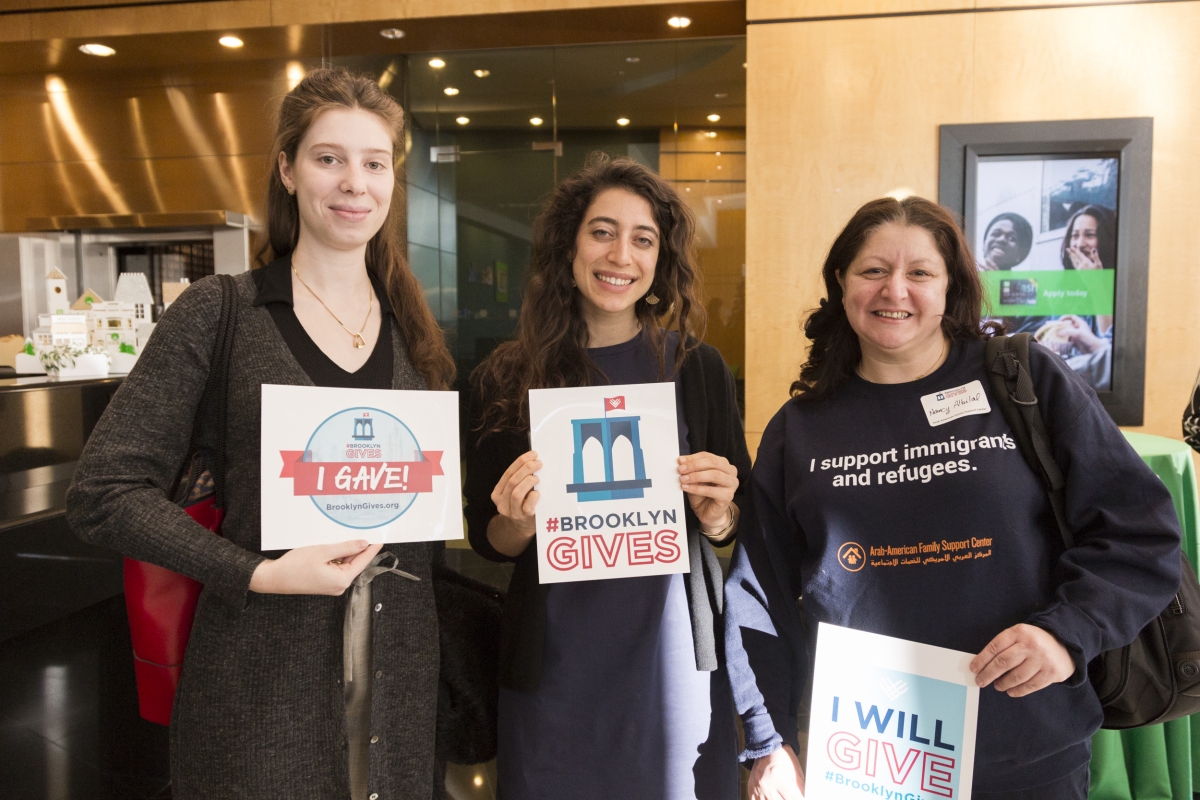 The experiences of Brooklyn nonprofits during last year’s #BrooklynGives campaign bring these statistics to life.

One nonprofit noted that the “support gave us the means and the chance to increase our online giving presence,” producing “our highest one day individual giving total ever.”

Another organization detailed how the effort “generated excitement among our Board members, greater interest among our current supporters, and brought in a number of first time donors to the agency.”

By the end of our 2017 #BrooklynGives campaign, one sentiment was repeatedly echoed: Participating nonprofits never imagined that they could raise so much money in a single day.

In 2018, Brooklyn nonprofits can change that sentiment from disbelief to anticipation.

So what are you waiting for? Register your nonprofit today -- or spread the word to the nonprofit organization you support in Brooklyn and encourage them to sign up at www.BrooklynGives.org/Register

Nonprofits registered by October 15th will be included in our first official public announcement, thereby maximizing the exposure they get throughout the campaign.

Our final #BrooklynGives training webinar – Final Steps to Success for #BrooklynGives – will take place on October 17th from noon to 1:00pm. We’ll go over last minute tips and best practices for engaging with supporters. Register here.