END_OF_DOCUMENT_TOKEN_TO_BE_REPLACED

We spoke with Lola C. West, Managing Director of WestFuller Advisors and member of the Foundation’s Spark Prize Committee, about her love for Brooklyn, her history with the Foundation, and the significance of Black Philanthropy.

What do you love about Brooklyn?

I would say in a sentence: it’s the energy level in Brooklyn. I was born and raised in Brooklyn. It was so hard for me to leave the borough; I even graduated from Brooklyn College. I’ve lived the majority of my life there. I moved into Manhattan in 1994—I was born in 1947, so that’s a good part of my life. I would drive from Brooklyn to Manhattan for work, no matter how near or far it was. One of the things I like about driving is coming back across the Brooklyn Bridge. It’s a beautiful bridge and the energy level changes as soon as you leave Manhattan and you’re in Brooklyn. It’s like everything calms down—and that’s what I love about Brooklyn.

Speaking as a born and raised Brooklynite, why is it critical to invest in the borough’s youth?

The kids are the future. If we don't train them and take care of them, we will get leaders that aren’t trained and aren’t taken care of, and then that's a f--kup. The question is real, and people need to be real—I don't mince words. You can't expect to have a good outcome if you haven't put anything in. 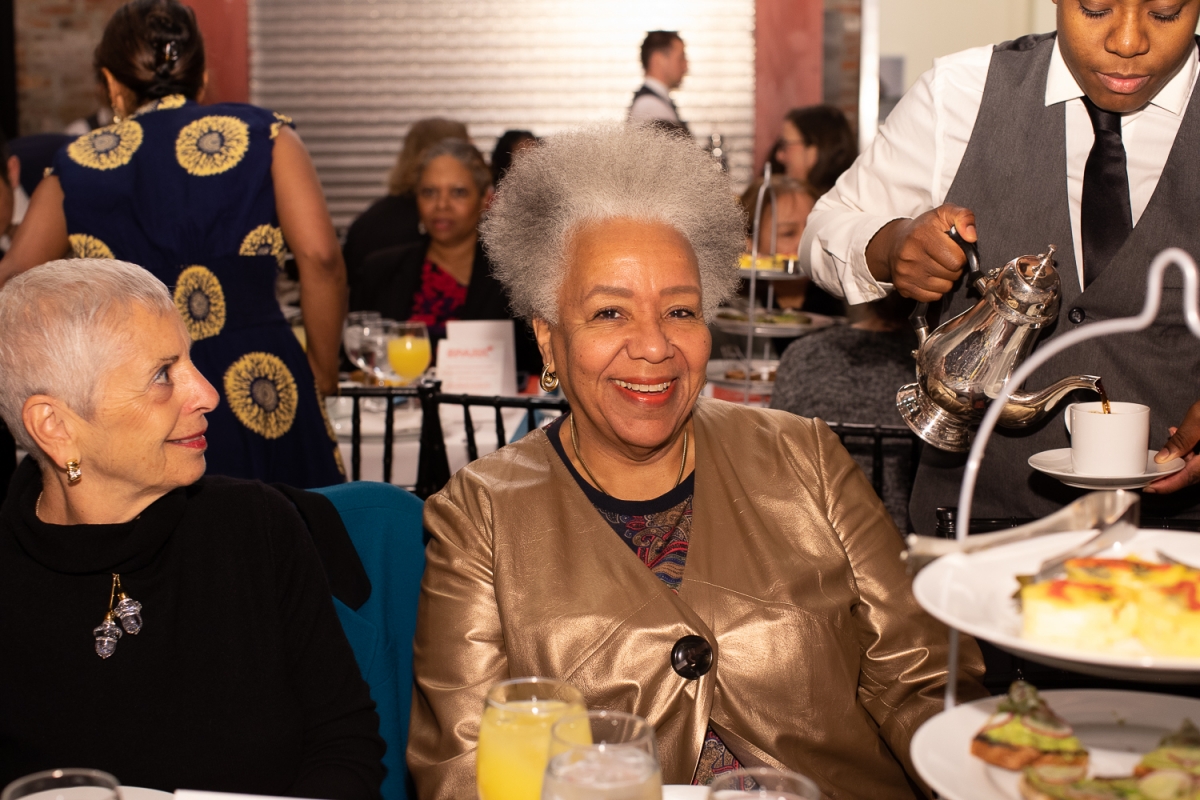 What does Black Philanthropy mean to you?

I grew up with the adage “to whom much is given much is required.” Some people say “to whom much is given much is expected,” within our family it was required. So I think Black Philanthropy is as old as Black people. Really. To give you an instance of why I say that...there was The Free African Society established in Philadelphia in 1787 and it was founded by Black ministers Richard Allen (who founded the AME Church in 1816) and Absalom Jones (he founded the 1st Black Episcopal congregation in 1794; in 1802 1st Black priest in Episcopal Church). The Free African society lists its goals, as well as its expectations of all members, and its founding document members, would be to contribute money to a fund from which on a weekly basis some would be paid to the “needy” of this society provided this necessity is not brought on them by their own imprudence.

PREAMBLE OF THE FREE AFRICAN SOCIETY

“[17th, 5th mo., ]1787 we the free Africans and their descendants, of the City of Philadelphia, in the state of Pennsylvania, or elsewhere, do unanimously agree, for the benefit of each other, to advance one shilling in Silver Pennsylvania currency a month; and after one year’s subscription from the date hereof, then to hand forth to the needy of this Society, if any should require, the sum of three shillings and nine pence per week of the said money; provided this necessity is not brought on them by their own imprudence.”

How did you become involved with Brooklyn Community Foundation?

I lived in Brooklyn until 1994, I’d owned my own business for several years at that time and I designed a strategic fundraising plan for Nelson Mandela. That event was held in Brooklyn at the Concord Baptist Church. I knew [BCF Trustee Emeritus] Rev. Emma Jordan-Simpson and Rev. Gary Simpson, and we had a relationship that spanned many years. Emma called me one day and she said you have to meet so-and-so, and I said OK. If Emma asks me, I’ll do it. So I had coffee with her and [BCF President & CEO] Cecilia Clarke. There was just something about Cecilia, her level of commitment and unbridled enthusiasm for Brooklyn was contagious. I met with them and I think they may have wanted to consider me for the board, but at the time I was sitting on five boards. So being responsible, I could not do another board. She asked me if I would do the Spark Prize Committee. What was interesting about that was I didn’t really know much about the Spark Prize but my business partner, Ian Fuller, is the chair of the board of Common Justice—and they had been a Spark Prize recipient. So I knew of the Spark Prize and I was very impressed by it. When Cecilia asked me to sit on the Spark Prize Committee I had no idea what it entailed and I said, “Of course, I’ll do that”—and it’s a lot of work!
I’ve met several people through the Spark Prize Committee. It’s interesting, because I also sit on the New York Women's Foundation Board, and there's a woman that had shown up at several of the Spark Prize Committee meetings and I mixed her up with someone else. When I finally went up to her and said, ‘I keep misplacing you, how do I know you?’—what I figured out was she’s one of the grantees that we fund at the New York Women's Foundation. She had presented to the [NYWF] board, and then I got a chance to run into her again with the Spark Prize Committee. There are relationships that have gotten better, and new people that I've met as a participant in the Spark Prize Committee. It's really good, it broadens the perspective.
Black Philanthropy Month, celebrated in August, was created in August 2011 by Dr. Jackie Bouvier Copeland and the Pan-African Women's Philanthropy Network (PAWPNet) as an annual, global celebration of African-descent giving.
Categories:
Supporter Spotlight, Spark Prize, Black Philanthropy Month