When Genevieve Kahr moved to Brooklyn Heights a few years ago, she wanted to get involved with a local organization that was addressing the borough's changes and challenges. "Brooklyn is at a turning point and has the opportunity to become something really great or something really not great," she explains. "It's important to me that it not be a model of a lot of capital flowing into a couple of neighborhoods and nothing good happening anywhere else."

Kahr, 28, until recently a partner at Jericho Capital Asset Management, a $1.8 billion hedge fund firm focused on media, telecommunications and technology, joined the Brooklyn Community Foundation in 2012 and became a board member two years later. Initially, she helped establish a young ­professionals group called Brooklyn Now, which brings budding philanthropists into the foundation. "It's a nice, low­ key way for people to get their friends and family involved in the organization," says Kahr, who left Jericho to open her own long ­short equity firm, Ailanthus Capital Management, named after the ubiquitous tree of famed novel A Tree Grows in Brooklyn.

Brooklyn has a varied past. It was the territory of the Lenape tribe, then a Dutch settlement, and it has long been a haven for immigrants from around the world. In recent years the borough has become synonymous with all that's cool, young and fashionable -- a transformation that's been exciting for some, infuriating and problematic for others. With a population of 2.6 million, Brooklyn has seen the average house price increase 10 percent over the past year, to nearly $750,000, at the same time that almost a quarter of its population lives below the federal poverty level.

The foundation hopes to bridge that divide. Under the leadership of Cecilia Clarke, who joined as president and CEO in 2013, the grant­making organization recently decided it needed to narrow its focus while increasing its presence in the community. To help her group move in its new direction, Clarke tapped Kahr to join the nonprofit's reorganized board. "Genevieve is a start­up person, and in many ways the foundation is in a start­up mode itself," Clarke says. "She represents a new generation in Brooklyn of people who have resources but also have a sincere interest in helping their community."

Kahr liked the idea of being part of an organization that had solid funding but was in transition and offered many opportunities for board contributions. She is on the finance committee and was recently appointed treasurer. The foundation has a $60 million endowment, managed by Goldman Sachs Group, and a past annual programming budget of $3 million to $7 million, which, says Kahr, will likely be substantially increased.

With input from its 2014 Brooklyn Insights community outreach project, the foundation narrowed its focus to issues involving youth, immigrants, neighborhoods, and criminal and racial justice. The foundation is in the early stages of launching the Brooklyn Accelerator, a nonprofit start­up incubator, with space in the organization's new Crown Heights headquarters, that offers guidance, technical support and networking.

Kahr wants to help Brooklyn maintain its diversity and complexity. "I would love to see Brooklyn continue to be an economic, cultural and innovation magnet but also a model for what a fair and equitable society can look like," she says. 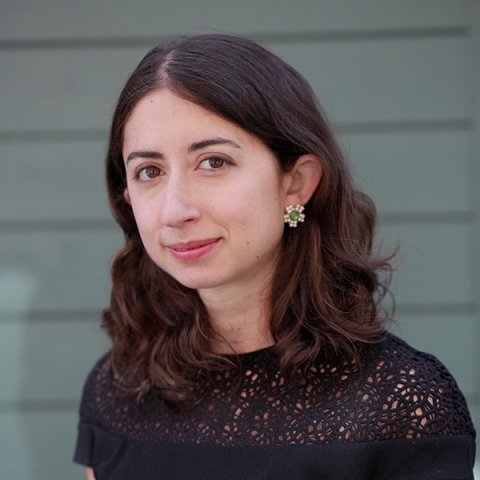 Learn about the many ways you can give to Brooklyn ›