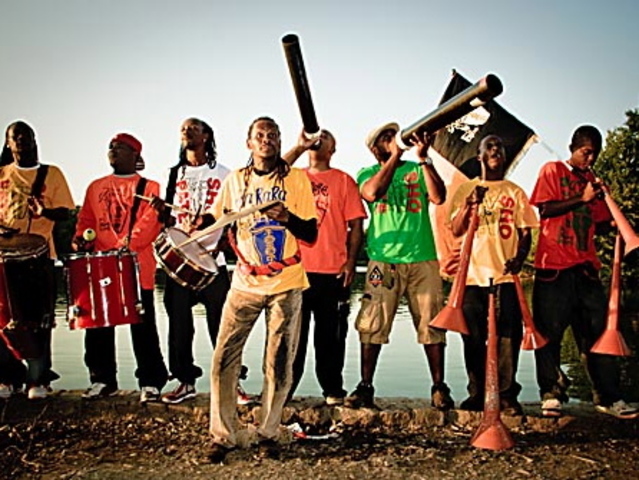 CROWN HEIGHTS — Art-loving party animals still sulking over the end of the Brooklyn Museum's beloved First Saturday dance party can get their fix this Thursday at Five Myles Gallery in Crown Heights instead.

Valentine's Day may have come and gone, but the gallery is still putting the finishing touches on this year's borough-boosting, booty-shaking love letter to local artists.

"A lot of creative energy is coming from young people in our borough," said Liane Stegmaier, a spokeswoman for the Brooklyn Community Foundation, which will host Brooklyn Love at the gallery this Thursday night to support its Arts for All fund. "We wanted to do a community event to showcase their work."

"[Islam] worked with Reel Works Filmmaking to produce a film called 'Postcard to Brooklyn' so we’ll be screening that as well."

Concessions will be equally borough-boosting, with beers from Brooklyn Brewery and Brooklyn Bridge-shaped specialty chocolates from local purveyor Jo Mart.

"All the companies are supporting the event are donating everything in kind," Stegmaier said. "Everything people donate to us goes back to the community."

Brooklyn Flea artist Michelle Han produced a limited-edition print for the event, which is included in the price of a $50 "Sweetheart" ticket, also good for booze and snacks.

"You talk to people, and they have no idea that these programs exist all around them," Stegmaier said. "We’d like to think of it as a great intro to a lot of arts organizations that people may not have heard of."