Brooklyn Community Foundation in partnership with Brooklyn Based 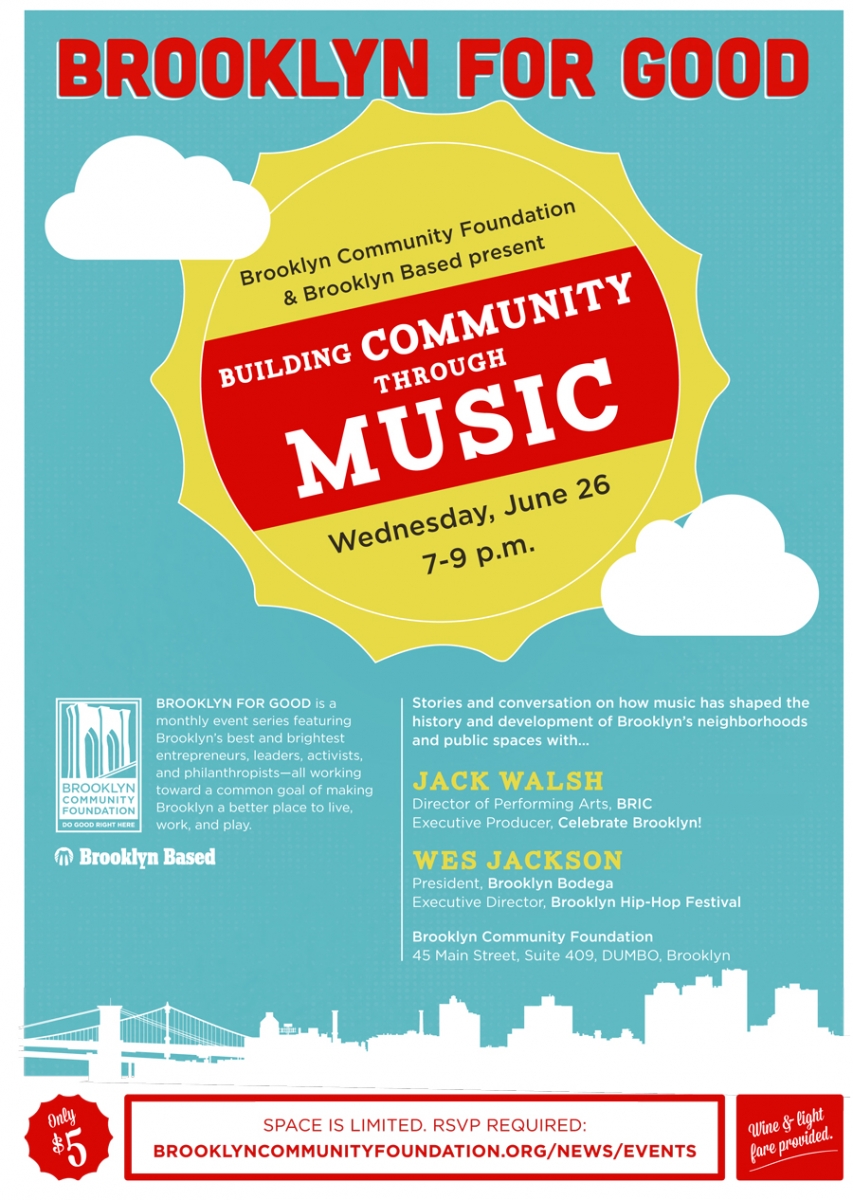 On Wednesday, June 26th at the Brooklyn Community Foundation, join Jack Walsh of Celebrate Brooklyn! and Wes Jackson of the Brooklyn Hip-Hop Festival for behind-the-scenes stories from their signature events and a conversation about how music has helped shape Brooklyn’s neighborhoods and public spaces over the decades.

Space is limited. Registration is required. 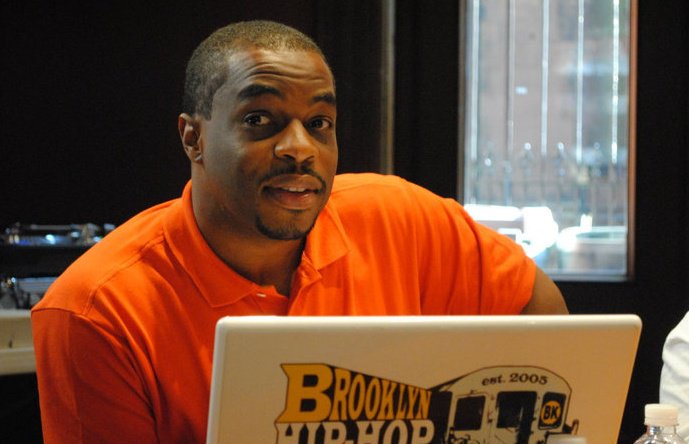 Wes is President of Brooklyn Bodega and Executive Director of The Brooklyn Hip-Hop Festival. With over 20 years experience as an entrepreneur and innovator in the music business, Wes has worked with various artists (i.e. Kanye West, De La Soul, Kendrick Lamar, etc.) and has an impressive list of past and present clients (i.e. Def Jam, Red Bull, Virgin Mobile and more). Under Wes' leadership, The Brooklyn Hip-Hop Festival is in its 9th year and has grown into the east coast's #1 Hip-Hop event that attracts 30,000 annually.

In addition to his successful business ventures, Wes is an alum of The University of Virginia and has a Master's in Media Studies from The New School. He has served as a lecturer at the City University of New York (CUNY), consulted for Jazz at Lincoln Center, developed a "Hip-Hop: Music, History, Culture" lecture series that has visited over 20 campuses since its inception, and is a proud Board Member/Trustee of The Brooklyn Historical Society.

Jack Walsh was named Director of Performing Arts in 2007 and continues to serve as Executive Producer of BRIC’s Celebrate Brooklyn Performing Arts Festival. A member of the Celebrate Brooklyn team since 1982 and Executive Producer of the Festival since 1994, Walsh has been responsible for the program during a remarkable period of growth including planning and reconstruction of Celebrate Brooklyn’s home at the Prospect Park Bandshell; introduction of successful new programming concepts; doubling attendance and development of a citywide audience; and diversification of revenues including the development of a corporate sponsorship program, foreign consulate support, an individual “Friends” member program, ticketed events and an annual Gala. As Director of Performing Arts, Walsh continues to produce the Festival, which will celebrate its thirty-fifth summer season in 2013, while also furthering the growth and expansion of all BRIC performing arts programming. In 2007, Walsh oversaw the launch of BRIC’s signature BRIClab Commissioning and Residency program, which nurtures the development of new work in the performing arts and will serve as a cornerstone of BRIC’s programming in our new multidisciplinary center, BRIC Arts | Media House.

A life-long resident of Brooklyn, Walsh serves on the Executive Committee of the Prospect Park Alliance Community Committee, and as a member of NYMFP/ New York Music & Festival Presenters network, North American Presenters Network and the National Endowment for the Arts Steering Committee for Summer Outdoor Festivals. He has served as a panelist or speaker at numerous conferences and events including TEDx Brooklyn, IMFCON/International Music Festivals Conference, IEG Sponsorship Conference and Sync-Up Conference/New Orleans Jazz & Heritage Festival. Walsh holds a BA in Music, Business and Technology from New York University.

Brooklyn Based is a free, daily email that delivers essential news about Brooklyn culture, food, innovators and events directly to your inbox. Stay on top of the borough--sign up at brooklynbased.com.

Brooklyn for Good is a monthly speaker series produced by the Brooklyn Community Foundation in partnership with Brooklyn Based, featuring Brooklyn's best and brightest entrepreneurs, leaders, activists, and philanthropists-all working toward a common goal of making this borough a better place to live, work, and play.